It's been six years since Red Leaf Tea first launched and from the beginning we had a range of herbal teas and while that range has grown over the years this is the biggest change yet. Starting today all of our herbal teas are 100% certified organic by Australian certification agencies. The choice to go organic was an easy one for us and was something we always wanted to do but it was important for us to first find reliable suppliers so we could maintain our stock levels and keep our prices the same. 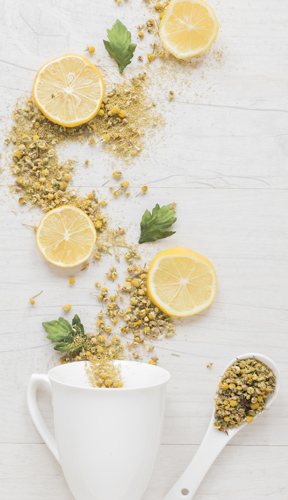 The amount of these pesticides that remain on the final product is very low but it's important to remember that tea has a life before it makes it to your cup and those pesticides and fertilizers are sprayed in the field by hand. Today some of the greatest champions for organic farming processes are the children of former farm workers who suffered because of these chemicals.

There are some large organic tea farms however, the majority are smaller gardens run by smaller family businesses. Conventional farming involves all kinds of chemicals used to stop nature from interfering with the growing crops.

Well managed organic farms work in harmony with nature to manage pests and other problems. They often have more ethical treatment of the workers. And more of the money you spend generally goes directly to the farmers themselves improving the conditions in countries where farmers tend to be poorer.

Conventional tea growers, those that mass produce tea, use some of the most environmentally devastating methods and practices to produce their crops as fast and on as large e scale as possible. As tea is often grown at higher elevations the chemicals applied damage more than the immediate soil in and around the tea garden they run down mountains and hills and damage other farms, forests and water sources far beyond the farm gate.

Further the use of pesticides creates an imbalance in the environment as it not only kills the harmful bugs but also their predators. Pesticides often kill off the majority of insects in the farm leaving a small population of damaging species whose populations rapidly expands requiring more pesticides. This kind of chemical dependency becomes a vicious cycle in which the crops, growers, the environment and the tea drinkers all lose.

For now it's just our herbal teas but eventually we hope to replace all our teas with organic versions without sacrificing the flavours and tastes you have come to love.