The Origin's of English Breakfast Tea 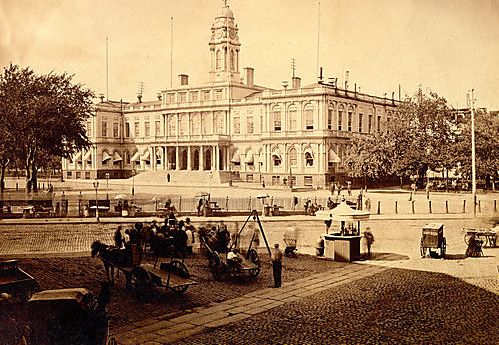 1843 will probably always be remembered as the year the world's first Christmas card was sent but 1843 is also the year when Englishman Richard Davies emigrated from Hull, 200 miles north of London, to New York. Despite arriving in the City not knowing anyone and with little money in his pocket Mr Davies rented an upstairs space in lower Manhattan near City Hall and established the Canton Tea Company.

Despite his lack of funds and having no one to provide a personal reference to his character Mr Davies was able to find an import agent willing to extend him credit for several hundred dollars of teas for his new business. Mr Davies was meticulous with his presentation, each quantity of tea was carefully weighed and wrapped in tight foil package with a decorative label attached, as a result of this Mr Davis sales grew quickly and he made a name for himself as a merchant of repute.

Wanting to make a name for himself he soon began to experiment with blending his own teas in order to create something new. He decided on a fine Fujian province congou tea to act as base for the new blend as congou was regarded as the best quality Chinese grown black tea at the time. To this he added a golden Orange Pekoe and Pouchong which was a form of oolong tea that hadn't been subject to a full oxidization process and can appear to be almost a green tea in colour. Mr Davies named his new tea English Breakfast and sold it with the explanation that it was the most popular tea in England at the time. 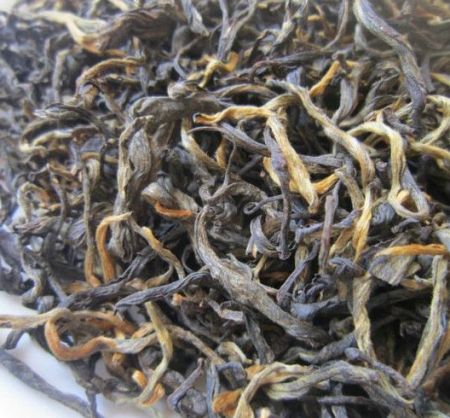 The demand for this new blend was unprecedented with orders pouring in to the Canton Tea Company from across the city and nearby regions. This caused other tea merchants operating in the city to immediately seek out the new tea however they were unable to find the supplier for the new arrival so their search turned to England, what better place to get the inside story on English Breakfast tea than the markets of London, unfortunately for them no one in England had ever heard of English Breakfast tea to this point.

As Mr Davies fortunes grew on the back of English Breakfast his rivals became desperate until finally a rival importer purchased a large quantity of English Breakfast from him and sent it to China where experienced tea masters were able to dissect the blend and reproduce the tea themselves. Once this happened English Breakfast started to appear at most tea companies. Everywhere English Breakfast went it was a success, spreading across the United States then on to England before eventually reaching Europe.

The Canton Tea Company and Richard Davies continued to do well for a time until Mr Davies decided he could improve his fortunes by cutting out the trade agency who had taken a chance on him years earlier and instead act as his own agent and expand his business across the country. Sadly a series of poor decisions resulted in him losing everything he had worked for.

Despite the Chinese ban on opium England was smuggling vast quantities of opium into China as a way to offset the massive disparity in trade that existed at the time. This flaunting of Chinese law lead to the second Opium War in 1856 and caused an immediate trade embargo with China. This resulted in Chinese grown, like the Congou used in English Breakfast, to disappear from trade markets. To fill the whole in the market the British East India Company were able to easily flood English and American markets with teas from India which were quickly substituted into the English Breakfast blend. This new English Breakfast blend using primarily Assam and Ceylon teas proved just as popular as the earlier blend and while there has never been a standard recipe to produce an English breakfast tea the use of Indian leaves over Chinese has proved to be the more popular combination ever since.